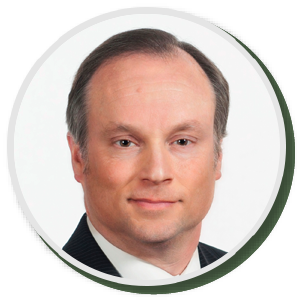 David W. Hood, Partnership Chair of the Firm, is a trial attorney in a wide-ranging civil practice with over 200 jury trials to his credit. His concentrations include Business Disputes, Construction Law, Personal Injury and Collections. He is also a certified mediator, helping to settle cases pending in both state and federal court. He recently finished his term as President of the North Carolina Association of Defense Attorneys, the organization for lawyers representing business interests in civil litigation. Mr. Hood has spoken to lawyers and industry groups on such topics as evidence rules, contractor liens on real estate and contract funds, underinsured and uninsured motorist coverage, litigation ethics, and real estate claims. He has also written for legal and industry publications on various subjects including trial tactics, use of local rules in litigation, and contribution claims among defendants. Mr. Hood and his wife, Sandi, reside in Hickory. Sandi, an ordained minister, is Director of Community Relations for Catawba Valley Regional Hospice, now called Carolina Caring. Their son, Wilson, is a divinity school graduate working as a chaplain at Massachusetts General Hospital in Boston while their daughter, Callie, is pursuing her PhD in Astronomy at the University of California, Santa Cruz. 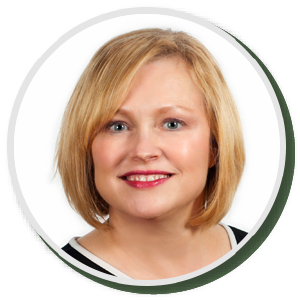 Kimberly H. Whitley, Managing Partner of the Firm, concentrates her practice in Business and Corporate Law, Estate Planning and Administration, and Elder and Special Needs Law. She is a Board Certified Specialist in Estate Planning and Probate Law. She received her undergraduate degree (B.A., 1990) with Honors and Distinction and law degree (J.D., 1993) with High Honors from the University of North Carolina at Chapel Hill. As an undergraduate, Kim was a John M. Morehead Scholar, National Merit Scholar and a Phi Beta Kappa member. During law school, she was a Staff Member of the North Carolina Law Review from 1991 – 1992 and Notes and Comments Editor from 1992 – 1993. Ms. Whitley was also a member of the Order of the Coif. Following law school she was a law clerk to The Honorable Judge Clyde H. Hamilton, United States Court of Appeals for the Fourth Circuit. In 2009, Ms. Whitley was appointed by the Catawba County Commissioners to serve on the Aging Leadership Planning Team which works to enhance Catawba County as a liveable senior friendly community. Ms. Whitley and her husband, David, live in Hickory with their son, Colson. 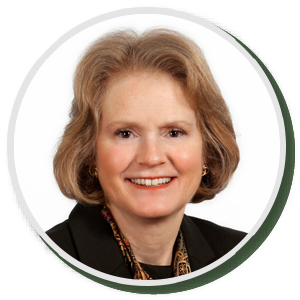 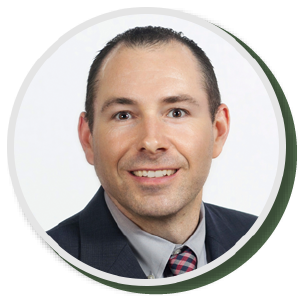 Michael J. Barnett is a partner with the Firm. He represents corporations and individuals, plaintiffs and defendants, in a wide variety of litigation matters in the areas of Business/Commercial Litigation, Estate and Trust Proceedings, Will Caveats, Incompetency and Guardianship Proceedings, Family Law, Real Estate and Construction Litigation, Collections, Plaintiff's Personal Injury, and Bankruptcy-Creditors' Rights. Mike has represented clients throughout the state in more than 20 trials, at arbitration proceedings and at the North Carolina Supreme Court, Court of Appeals and Business Court. He was named one of North Carolina’s Rising Stars for 2012, 2013, 2014, 2015, 2016 and 2017 in the state’s Super Lawyers publication. Mike and his wife, Agnese, live in Hickory with their daughters, Nicole and Isabel. 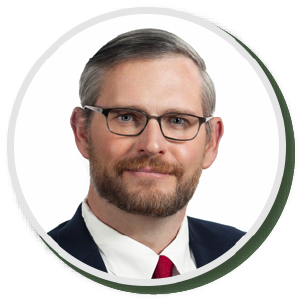 Michael P. Thomas, Partner of the Firm, focuses his practice on advising and representing clients on complex business issues, especially in dealing with the regulatory environments created by the federal government. In litigation, Mr. Thomas has represented clients at hearings, trials, and appeals across the state and around the country. Away from court, he has advised clients on their most sensitive matters, whether selling an entire business, negotiating executive contracts, restructuring significant divisions, or acquiring new assets. Mr. Thomas represents health care providers in all aspects of their business, including contracting with vendors and other providers, financing, acquisitions, Stark and Anti-Kickback compliance, employment law and contracting, HIPAA compliance, and real estate matters. Mr. Thomas spends a significant part of his practice advising employers with regard to employment law matters, and representing both employers and employees in employment litigation, including trade secrets and non-compete claims and claims based on civil rights laws. In addition, Mr. Thomas is a certified NC Superior Court Mediator. Mr. Thomas and his wife, Laura reside in Hickory with their four sons. 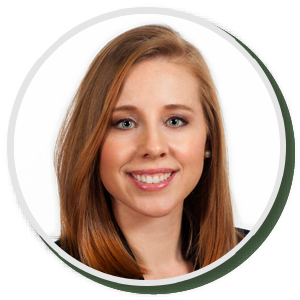 Casey W. Pope, a Partner of the Firm, concentrates her practice in the areas of Estate Planning and Administration, Elder and Special Needs Law, Business and Corporate Law, and Real Estate. Ms. Pope graduated Valedictorian of her undergraduate class at North Carolina State University (B.S., summa cum laude, 2005) and received her law degree from the University of North Carolina at Chapel Hill (J.D. with Honors, 2009). Ms. Pope is a 2014 recipient of the Hickory Young Professionals Top 10 Under 40 award, presented to outstanding young leaders in the Greater Hickory metro area who have demonstrated notable leadership qualities within their organizations and throughout the community. In the legal profession, Ms. Pope is active as a member of the North Carolina State Bar, the North Carolina Bar Association, and the Catawba County Bar Association. She has served at a state level on the Elder and Special Needs Law Section Council for the North Carolina Bar Association, and locally as both President and Treasurer of the Catawba County Bar Association. A graduate of Leadership Catawba, Ms. Pope is active in the community, currently serving on the Boards of Directors and Executive Committees for the Catawba Science Center and Adult Life Programs, Inc., and on the Policy Board for the Western Piedmont Council of Governments. She is also a member of the Ethics Committee of Frye Regional Medical Center and Senior Information Resources, Inc. (SIR), and a volunteer community educator for the Alzheimer’s Association. Ms. Pope frequently presents seminars on various legal topics throughout the community, and has been a contributing author for Sophie Woman’s Magazine and Prime of Life Magazine and a guest lecturer for the Catawba Valley Community College Small Business Center. A native of Caldwell County, Ms. Pope and her husband, Mitchell, live in Granite Falls with their sons, Jack and Jamey. 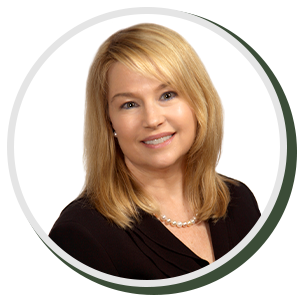 Angela Sherrill’s experience spans more than 25 years across a broad spectrum of business transactions and litigation matters. Ms. Sherrill serves as Of Counsel to Patrick, Harper & Dixon, LLP and focuses her practice with the Firm in the areas of Business and Real Property transactions, Corporate Law, Intellectual Property, and Employment Law.

Prior to joining the Firm, Ms. Sherrill served as General Counsel for over 7 years to home furnishings manufacturer and national retailer Mitchell Gold + Bob Williams. Before moving back to North Carolina in 2012, Ms. Sherrill practiced law in Miami, Florida. Her prior representations include: the 2000 Presidential Election case; the Elián González matter; the leader of Movimiento Democracia against federal charges that he unlawfully entered Cuban territorial waters, which resulted in acquittal; the Chapter 7 Trustee for Southeast Banking Corporation after federal regulators seized its principal subsidiary, resulting in the largest liquidation in the Southern District of Florida at that time and triggering multidistrict litigation against the Bank’s former officers, directors, accountants, and legal counsel; as well as numerous other matters involving financial institutions, commercial transactions, and business disputes.

Ms. Sherrill is a member of The North Carolina Bar, The Florida Bar, and multiple federal courts. She received her B.A. in Political Science from the University of North Carolina at Chapel Hill, where she was on the Dean’s List, was selected as a teaching assistant for the Honors Program, and was chosen to participate in Bear Stearns’ summer internship program in New York. She earned her J.D. from the University of Miami School of Law, where she excelled at legal writing.

Throughout her career, Ms. Sherrill has been active in civic and other organizations, among them: Association of Corporate Counsel; Leadership Committee for the Foothills Carolina Club; Habitat for Humanity; Board Member for the Greater Miami Chapter of the ACLU and Senior Writer for its newsletter; Co-Chair of the Democratic Lawyers Council’s voter protection efforts in Miami-Dade County during the 2006, 2008, and 2010 national elections; Big Sister for disadvantaged youth. Ms. Sherrill enjoys the true-crime genre, Carolina basketball, and is a committed Francophile and a foodie. 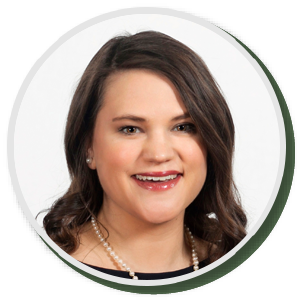 Molly Simpson Gross, is an associate with the Firm. Her practice focuses on a wide varitey of litigation. A Charlotte native, Ms. Gross attended Appalachian State (B.S., cum laude, 2011) and University of North Carolina School of Law (J.D. 2016). During law school, Ms. Gross was a student attorney in the Intellectual Property Clinic, as well as a member of Holderness Moot Court and staff member at the North Carolina Journal of Law and Technology. Ms. Gross also served on the Pro Bono Board as Attorney Projects Coordinator and on the Dean’s Advisory Council. Ms. Gross and her husband, Jonathan live in Hickory with their daughter, and their dogs, Mr President and Chief Justice. 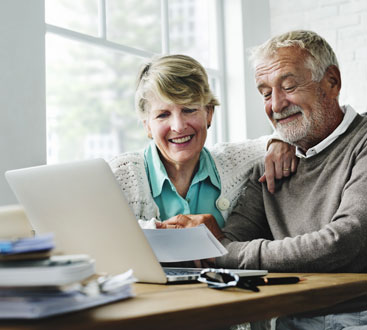 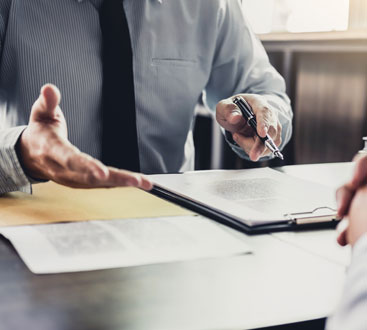 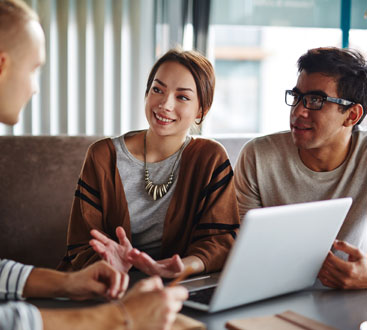 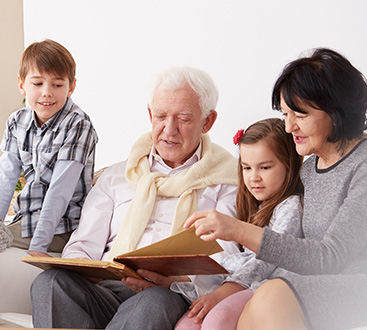 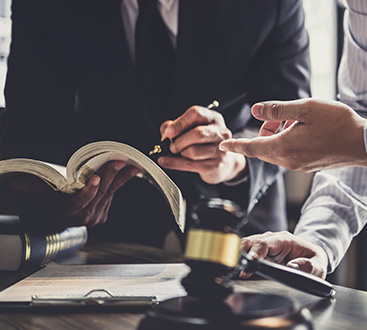 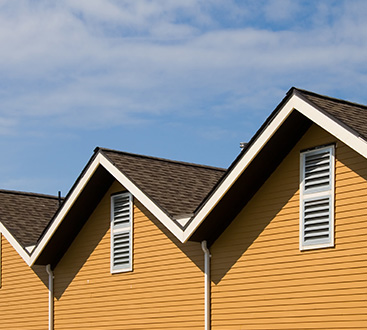